High-Touch Tax and Accounting Services for Business and Individual 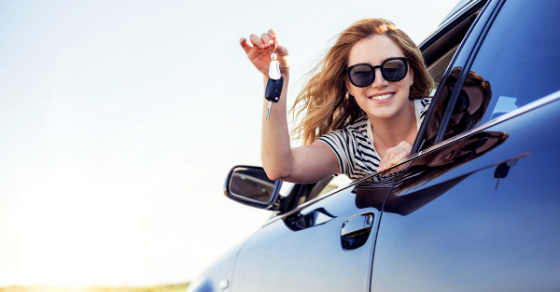 Are you considering replacing a car that you’re using in your business? There are several tax implications to keep in mind.

A cap on deductions

Cars are subject to more restrictive tax depreciation rules than those that apply to other depreciable assets. Under so-called “luxury auto” rules, depreciation deductions are artificially “capped.” So is the alternative Section 179 deduction that you can claim if you elect to expense (write-off in the year placed in service) all or part of the cost of a business car under the tax provision that for some assets allows expensing instead of depreciation. For example, for most cars that are subject to the caps and that are first placed in service in calendar year 2020 (including smaller trucks or vans built on a truck chassis that are treated as cars), the maximum depreciation and/or expensing deductions are:

The effect is generally to extend the number of years it takes to fully depreciate the vehicle.

Because of the restrictions for cars, you might be better off from a tax standpoint if you replace your business car with a heavy sport utility vehicle (SUV), pickup or van. That’s because the caps on annual depreciation and expensing deductions for passenger automobiles don’t apply to trucks or vans (and that includes SUVs). What type of SUVs qualify? Those that are rated at more than 6,000 pounds gross (loaded) vehicle weight.

This means that in most cases you’ll be able to write off the entire cost of a new heavy SUV used entirely for business purposes as 100% bonus depreciation in the year you place it into service. And even if you elect out of bonus depreciation for the heavy SUV (which generally would apply to the entire depreciation class the SUV belongs in), you can elect to expense under Section 179 (subject to an aggregate dollar limit for all expensed assets), the cost of an SUV up to an inflation-adjusted limit ($25,900 for an SUV placed in service in tax years beginning in 2020). You’d then depreciate the remainder of the cost under the usual rules without regard to the annual caps.

The tax benefits described above are all subject to adjustment for non-business use. Also, if business use of an SUV doesn’t exceed 50% of total use, the SUV won’t be eligible for the expensing election, and would have to be depreciated on a straight-line method over a six-tax-year period.

Contact us if you’d like more information about tax breaks when you buy a heavy SUV for business.